As feared, the year 2021 has seen the persistence of successive COVID-19 variants, with the resulting social and economic consequences. It is certain that the barrier measures introduced in many countries, such as distancing and quarantines, have changed our way of life in the professional and private spheres. Many of us feel the need for introspection, for a return to a spiritual path that the excessive consumer society has tended to minimise. More than ever, the essential questions linked to the meaning of existence and fulfilment are resurfacing, and favour a rapprochement with God.

This is the vocation of QURANFORSOUL.

Aiming at Muslim communities in need, our foundation is developing a programme to distribute Qur'ans around the world, wherever the need arises.
As we close the year 2021, we have had the great satisfaction of achieving the goals we set for ourselves. The 45,000 Qurans destined for Australia were handed over to our local partners on 1 December. The container for New Zealand has already been released from the customs area.
In the case of Nepal, operations had been delayed by severe flooding in the country. Unfortunately, some damage was caused, notably the loss of 2,000 copies in a mosque overflowed by the waters. This is all the more regrettable as these copies of 1400 pages, translated into Nepali with very high standard, have a relatively high cost. But, thank God, the promised quantity for the year 2021 was achieved in December.
In Sierra Leone, Liberia and Guinea Conakry, where we helped during the year, distribution is still ongoing. Our local partners wisely decided to reserve a substantial part of the stock for the month of Ramadan, when the need is traditionally greater.
In Liberia, about half of the planned 50,000 copies have been delivered. The remainder will also be distributed during Ramadan to communities that request it.
In Sierra Leone, just over 10,000 of the 30,000 Qurans have been delivered. The remaining 20,000 will also be donated during Ramadan.
In Guinea Conakry, 12,000 copies have been delivered, and the balance will be given during the month of Sha'ban. Our 2021 financial year therefore ends on a very positive note, despite the particularly complex conditions of production, transport and organisation of distribution.
We will soon unveil our 2022 programme. We need your financial support more than ever to carry out this essential mission which consists in giving every Muslim, but also non-Muslim, the possibility to discover the Holy Quran, to read the word of the Creator of all things, and to study Its guidance.
Make a gift.
NEXT ARTICLE 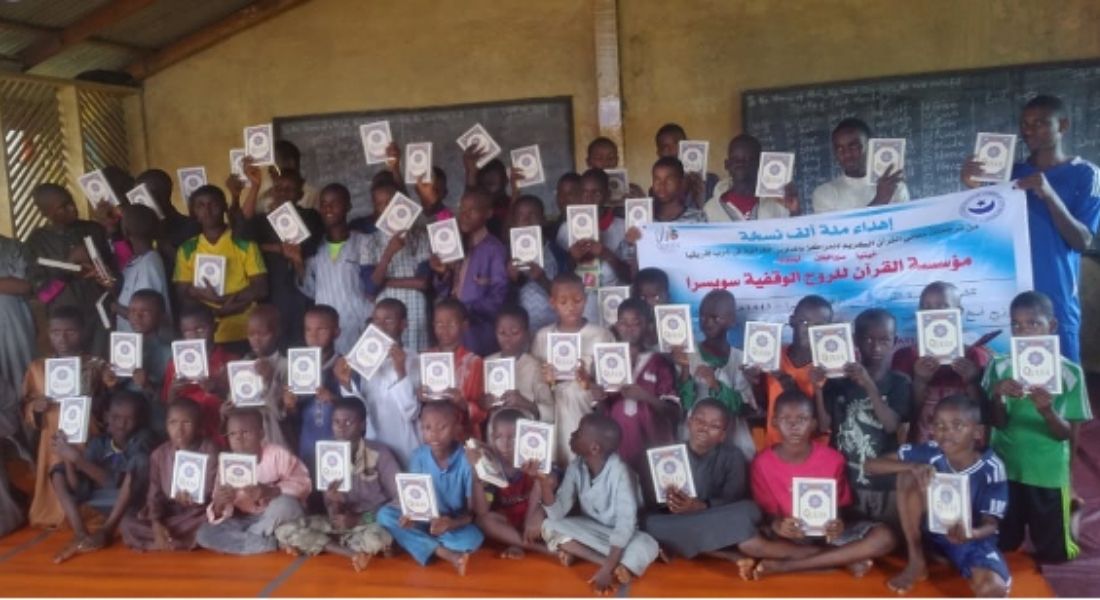 25,000 Qurans distributed in Liberia: requests are still pouring in

You may not have known it, but the West African country of Liberia is a young nation where more than 30 languages are spoken. Bordered by the Atlantic Ocean, Sierra Leone, Guinea and Côte d'Ivoire, it was the first country on the continent to gain independence in modern times, in 1847.