25,000 Qurans distributed in Liberia: requests are still pouring in

You may not have known it, but the West African country of Liberia is a young nation where more than 30 languages are spoken. Bordered by the Atlantic Ocean, Sierra Leone, Guinea and Côte d'Ivoire, it was the first country on the continent to gain independence in modern times, in 1847.

With a population of 4.8 million, it is one of the smallest countries in Africa. Almost half of Liberians live in urban areas, with 25% of them in the capital, Monrovia. Marked by a terrible civil war between 1989 and 2003, but also ravaged by the Ebola virus, the country suffers from an enclave economy based on iron ore production and faces a precarious humanitarian situation. In Liberia, Muslims constitute a significant minority of the population, estimated at between 15% and 30%. Introduced to the region in the 12th century, Liberian Islam is mainly Sunni. The unrest of the late 1990s led to the destruction of many mosques and madrasas and drove some of the community into exile, to Sierra Leone, Ghana and other neighboring territories. Today, the needs are immense, the reason why QURANFORSOUL has answered the call of the Liberian Muslim community. In these columns we report on our mission in the field, which began in August 2021. A first targeted distribution in the area of Monrovia, capital of Liberia Our partners on the ground, the Mohamed Seko Brothers Foundation for Development in Liberia, and the Yaya Keita School Foundation, focused their efforts on Monrovia, but also on a few towns and provinces further away. The donations (after review), gave priority to madrasas, centers of memorization of the Holy Quran, as well as to the Supreme Commission for Islamic Affairs and its mosques. The distribution of copies of the Holy Qur'an (including an English translation) began as soon as the container arrived at the end of August 2021. It is still ongoing and we are receiving many requests from institutions all over the country. The delivery was organized by a team of volunteers with vehicles. Liberia, a priority among priorities In this country, where the needs are immense, the operation has been a great success. It is a first in its history and there is no doubt that the delivery of the 25,000 Qurans, responding to an immediate need, has delighted the hearts of the recipients as well as the supervisors, preachers, center managers, religious and official civil authorities. So much so that the national media and the country's social networks reported the event. Liberian authorities involved The arrival of the container was exempted from part of the customs fees by the Liberian authorities. This gesture was very much appreciated and we take the opportunity of this article to reiterate our thanks to them. As the need is obvious, we will certainly come back for another mission, where the objective will be to cover the rest of the country. We will keep you informed of the evolution of the donations ! 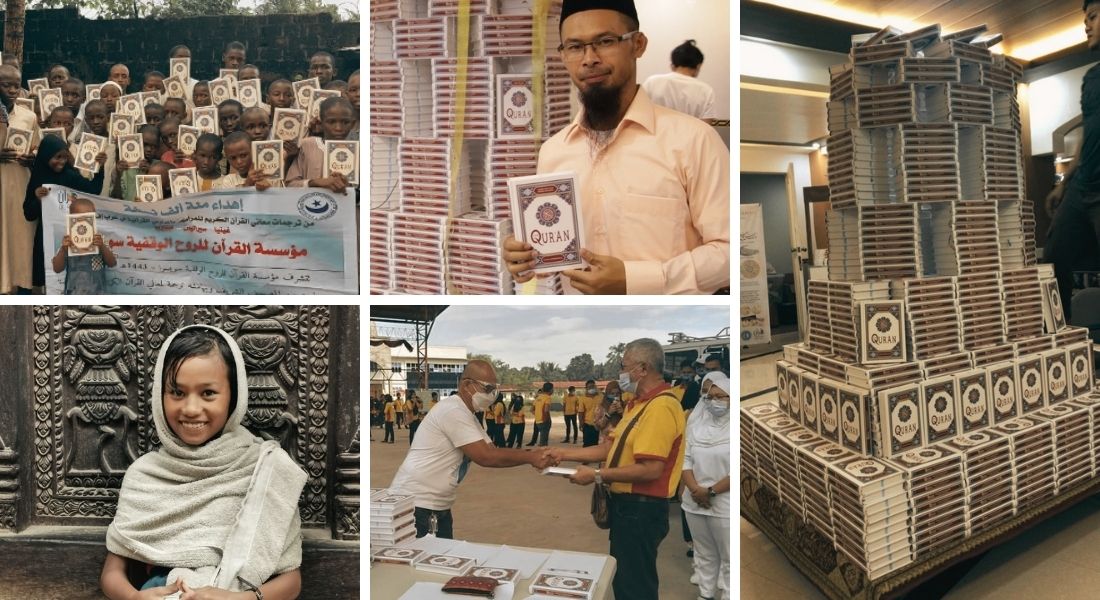 Quranforsoul: our program for the second half of the year

Despite the increase in transportation costs and the price of paper, we have reached our objectives for the first half of 2021, with a production and distribution rate in line with our objectives.